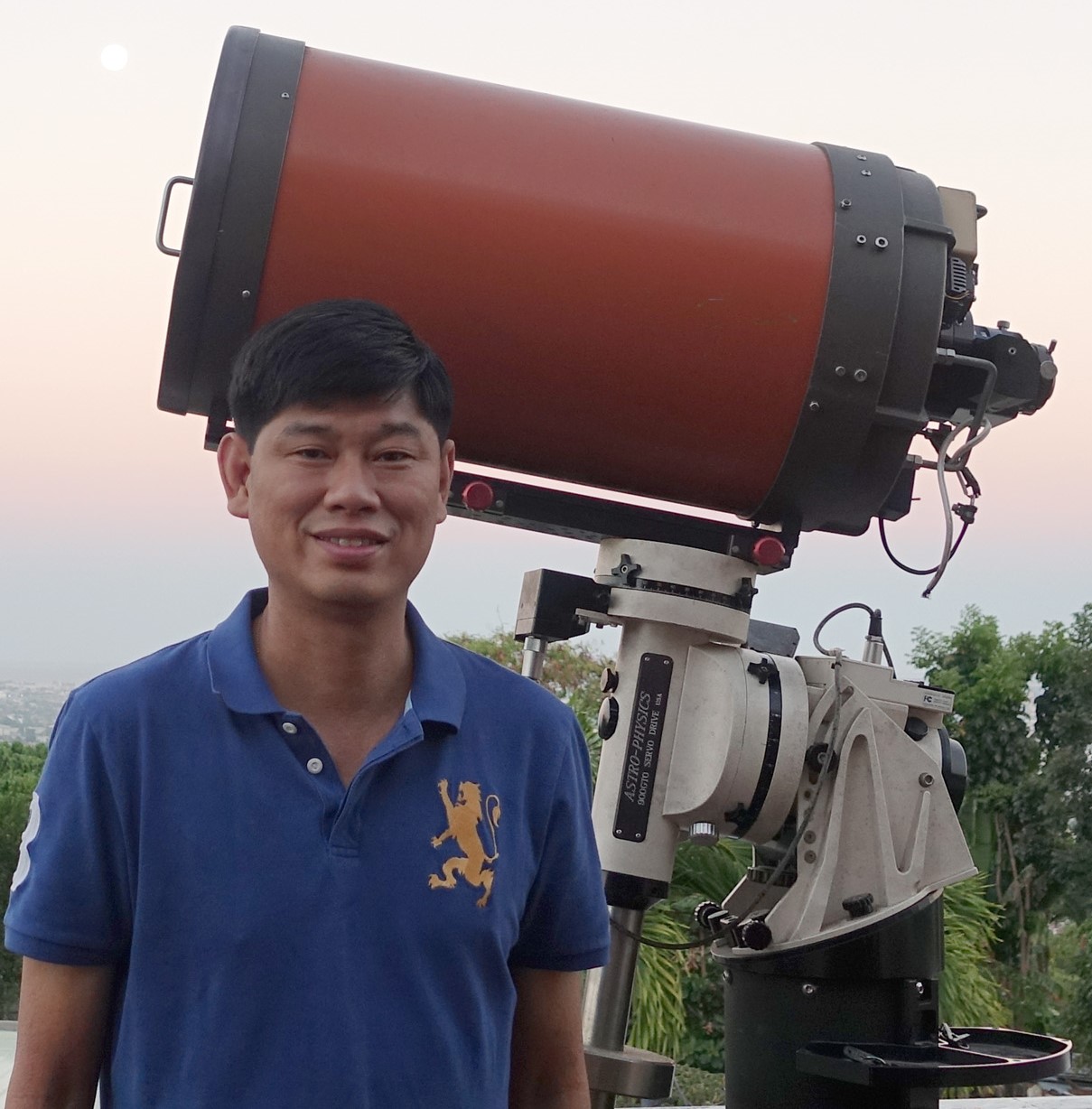 Chris will offer two workshops. Workshop A will discuss his techniques to acquire and process stunning planetary and lunar images. Workshop B will be more hands on, where he discusses some of the tricks that he uses to process solar system imaging. You should take Workshop A if you want to fully profit from Workshop B.
Christopher lives in Cebu City, Philippines, where he has been active since 1986 in amateur astronomy, and who took his first astrophotograph in 1990. Beginning in 2003, he has developed many techniques to obtain stunning images of the planets and the Moon. In 2006, he discovered a spot on Jupiter, now known as Red Spot Jr. (or Red Jr.), which was subsequently imaged by professionals, with Christopher as part of their team, using the Hubble Space Telescope and the Keck Observatory in Hawaii. In that same year, Christopher became a member of the American Astronomical Society. He has co-authored two papers published in the Journal Nature. In 2015 the International Astronomical Union officially named the asteroid “Christophergo” in his honor. He images from Cebu City using a Celestron C14 on an Astro-Physics AP900GTO mount and a QHY290M cooled CMOS camera.

Visit Christopher’s webpage to enjoy his images at http://astro.christone.net