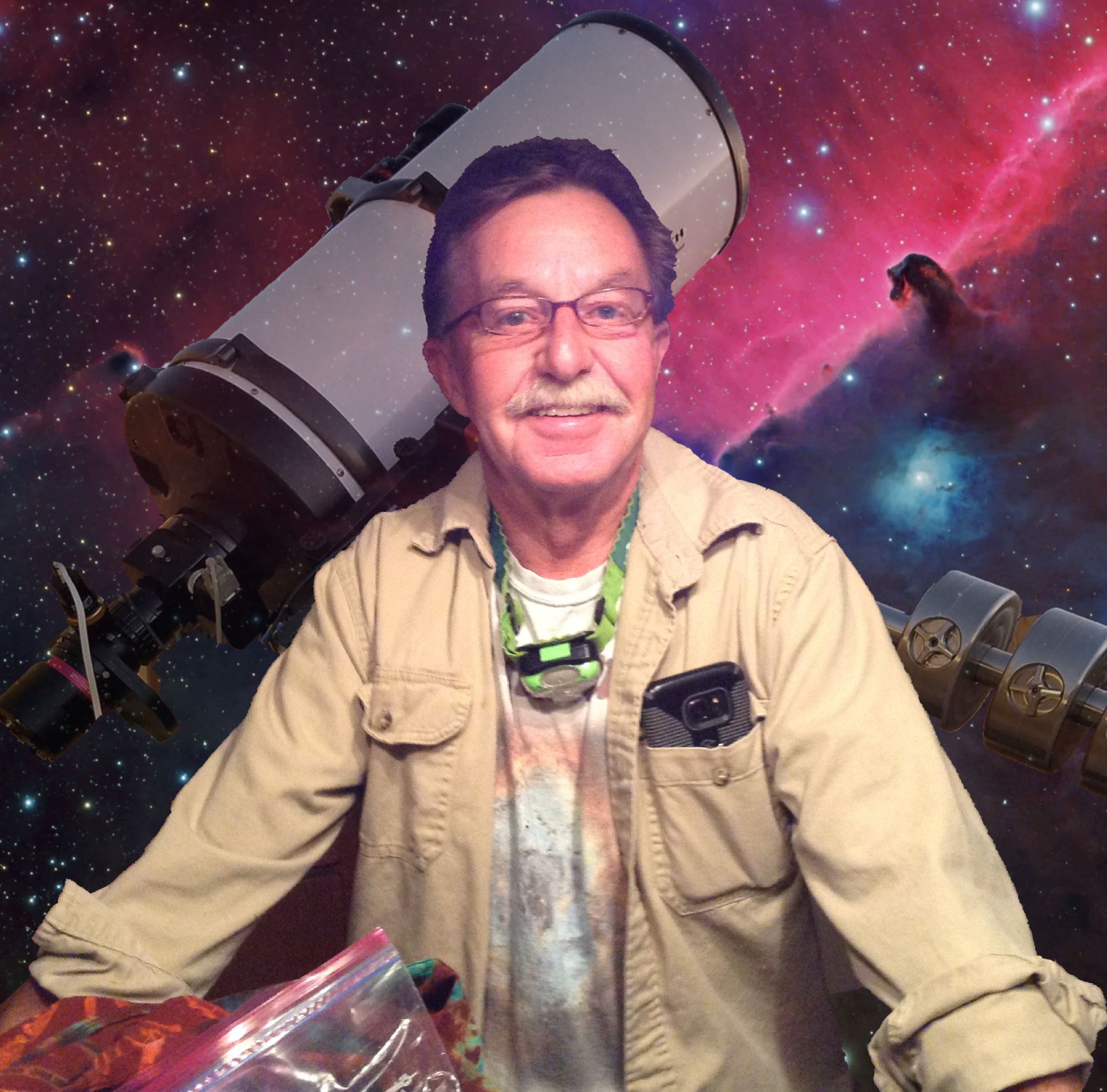 Post Processing Techniques in Photoshop
Terry will discuss his Adobe© Photoshop processing techniques, the qualities of a good image, and how to get there for both broadband and narrowband.
Born in England, Terry migrated with his parents as a child to Australia, where he soon became enchanted by the writings of astronomer Sir Patrick Moore and the dark skies of the Australian outback. In the mid-1980s Terry moved to the United States, where he decided to combine his two loves- photography and astronomy. His images have been published by NASA's APOD, and featured in Astronomy, Sky at Night, Sky & Telescope, Astronomy Now, and National Geographic magazines, as well as The Daily Mail, and Yahoo.com, Space.com, and many other well-known online publications.

For many years, Terry imaged from his backyard, but upon retirement, he project-managed the construction of Grand Mesa Observatory in Colorado, where he currently serves as Director. He also is a major contributor to astronomy education in Colorado, where he speaks at schools, clubs, libraries, and other organizations. He runs an on-line astrophotography tutorial service, teaching about equipment use and image processing, which reaches students worldwide.