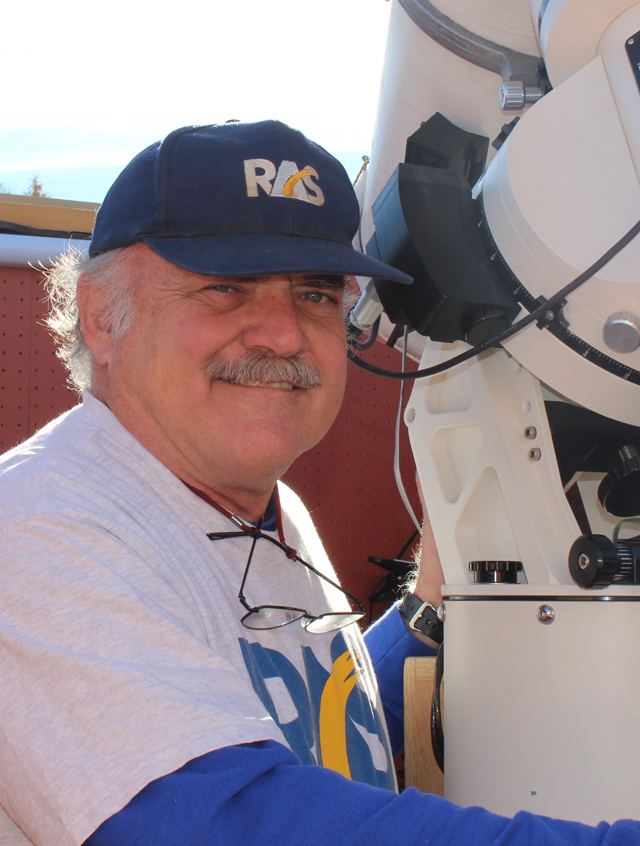 SGP: Catch the Photons While Catching Your ZZZZZ's
Alex will discuss the use of Sequence Generator Pro (SGP), which controls equipment to easily acquire lights, darks, flats, and bias images. He will also discuss Sequence Generator Pro’s mosaic creation capability.
Alex’s first experience as an astronomer was as a 7-year old looking at Saturn through the Zeiss 12" refractor at Griffith Observatory in the 1950s. His first telescope was an 80 mm refractor, which he purchased in 1986 to view Halley’s comet. He discovered star parties while viewing Comet Hayakutake in 1995.

Alex is a very experienced user of Sequence Generator Pro, which he uses to control his own equipment when taking images, and he's authored a book on the subject for Springer Nature.

Alex is a retired school teacher and administrator and world traveler (50 states and 115 countries) who lives in Moreno Valley, California.

You can see Alex’s images at http://alexastro.com