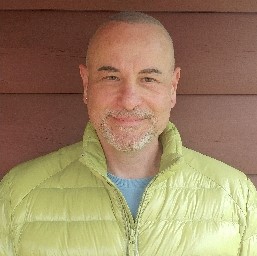 Easy as PI(e) - Getting Started With PixInsight
Warren will reveal the secrets of the image processing software PixInsight in a practical and easy to follow manner in a workshop designed for those newer to PixInsight.
A child of the 60s- Star Trek, 2001: a Space Odyssey. Like many of us, Warren boldly went with his heroes ‘Where no man [had] gone before.’ He never really touched down again. Beginning with film in 1998, Warren switched to CCD cameras in 2003. As a member of Star Shadows Remote Observatory, he currently images from high atop Chile's Atacama Desert.

Artistic by nature, it’s less about cosmology, and more about the thrill of the hunt for the beautiful shapes and colors throughout the universe. Warren has the ability to reduce the difficult concepts of astro-imaging to the essentials and effectively teach it to others. Through his books, his tutorials, and presentations he has given thousands of amateur astronomers the world over, a quick start to taking their own great images.

He is proud to have been published as an author and photographer in Sky & Telescope, Astronomy, Sky at Night, Astronomy Now, CNA (China), and many places on the World Wide Web, most notably, NASA’s APOD.

He was Atik CCD's North American representative and was a consultant to Celestron where he co-designed AstroFX software. In 2016, he wrote the definitive book on PixInsight for Springer, Inside PixInsight, the first edition being their top seller in 2016.

Warren has presented at astro-imaging conferences and star parties all over the world. As a board member of AIC, he is V.P. of exhibitor sales.

You can see Warren’s images at http://www.billionsandbillions.com